Who is Your Hero?

Good morning, Good afternoon, Good evening. I hope this finds you well wherever you are. The above quotations are from the great ‘Prince of Preachers’ himself, Charles Spurgeon. Very soon, in the following, you will see the importance of these quotations. Just know, these words are pertinent and of great value, though, perhaps they might reveal an unfortunate shame in some, I pray it is not you. By the end of this, you might even have a reason to celebrate.

For those of you who have been following our intermittent blog posting over this year, from those written of our staff, along with many of Davant’s own promotional materials, you will find a common theme. That theme is the hero in each of our lives. Our goal, by sharing and expounding upon these heroic figures, has been for you to consider that great man or woman who has had such an impact in your own life, as to bring about a tremendous change in you, and after such consideration, a challenge to be that very hero in some person near you.

It appears now it is time for me to share with you all who my hero is, or rather who they are. The month of April was to be my time of spotlight, and the hold on my sharing with you about my heroes has not been a mistake but purposefully delayed until now. The reason for my tardiness in submitting my blog will be explained in detail, coupled with an exciting announcement of endeavor. But first I wish to tell you about the great people, whom I hold dear to my heart; my brothers and sisters in Haiti. 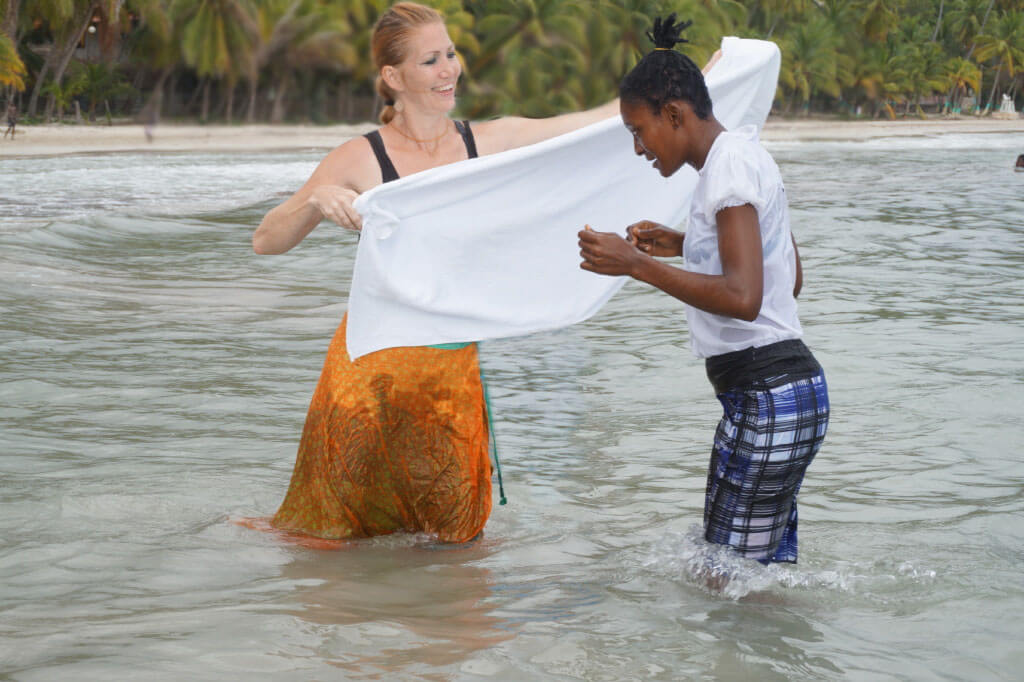 As I stated in the caption for the month of April in Davant’s 2019 calendar; these people live in some of the hardest places in the world, grappling with abject poverty and crushing desperation.

This small nation fewer than 700 miles from Miami and sharing the island of Hispaniola with the Dominican Republic, a frequent tourist and vacation destination, is one of, if not the most impoverished nation on our side of the world. Over its history, the once beautiful and abundant island nation has been racked with evils like brutal slavery, war, famine, and several truly catastrophic acts of God. Among and in addition to these hardships the people of this nation suffer from a severe and unfortunate lack of education; fewer than 50% of primary school-age children even being able to afford school, and of those who can afford it, 25% of their teachers have no training in education and have never attended secondary school. There is also a near-complete absence of medical access. This is due to a desperate lack of medical professionals, compounded by the impossibility of most Haitians to even travel to, let alone afford, a visit to the clinic. At least half of the Haitian population has no access to a safe and clean water supply, and at least 60% of the population is unable to obtain enough food to provide their much-needed daily nutrition. That number has been climbing this year alone as the Haitian currency has undergone tremendous and unprecedented inflation resulting in fervid demonstrations against an otherwise unconcerned government. 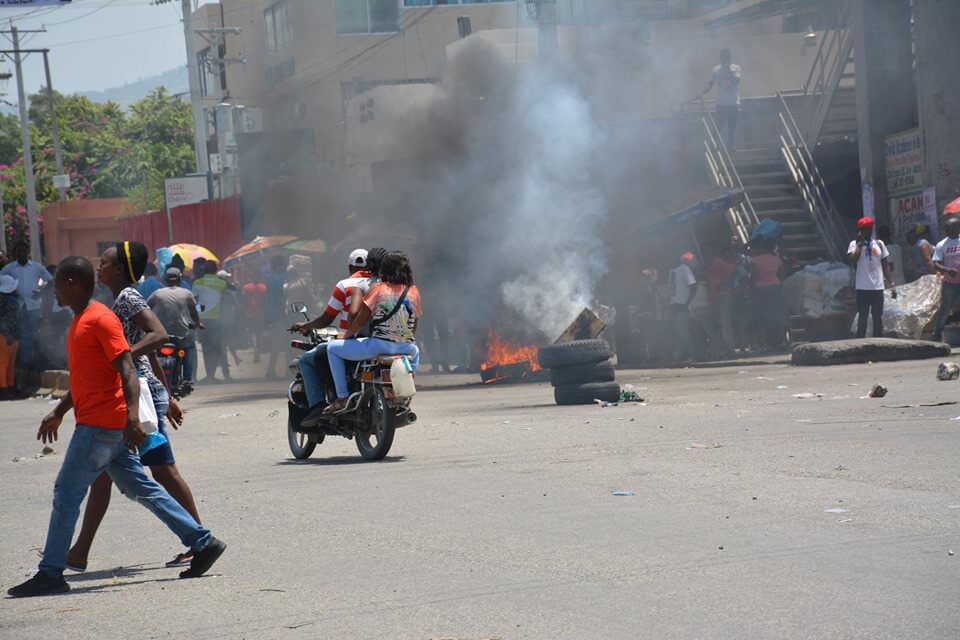 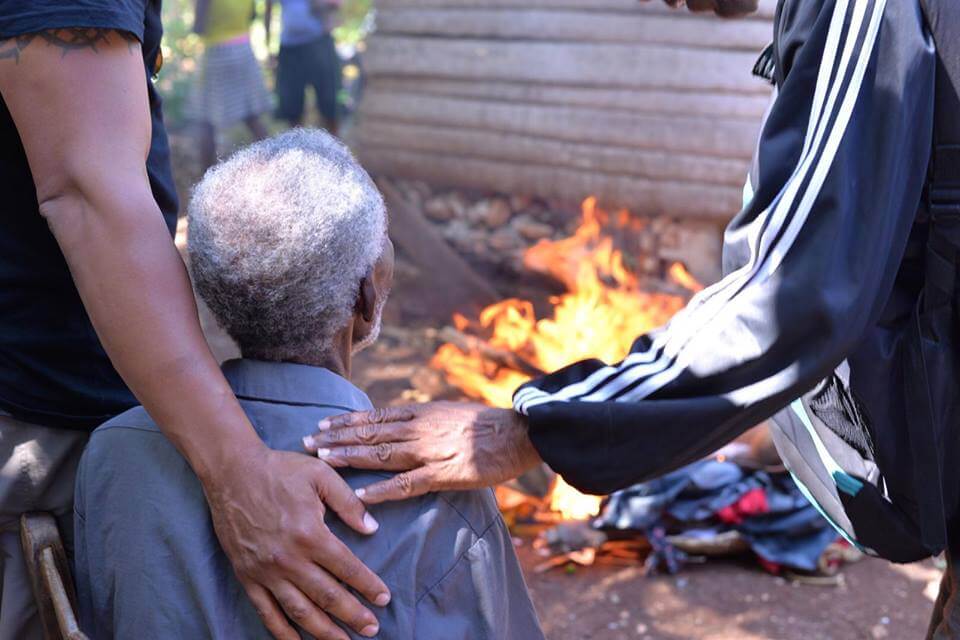 In addition to this, and many more slights from its continental neighbors, many of the people of this nation suffer an even greater loss; an emptiness they feel far more desperately than that of their painful stomachs. For many, it is the sheer absence of hope, because they are still under a great yoke of slavery. Yes, the Haitian Revolution ended in 1804, successfully shaking the shackles of the French colonial rule they suffered under for centuries, giving the people of Haiti the independence from foreign men they so craved. But in truth, they traded one chain for another, one harsh taskmaster for another far more sinister. The people of Haiti still suffer tremendously, and it is under this yoke of Vodou (voodoo) that they are enslaved.

Many of my friends, whom I described in my short statement in the April calendar, were deeply tangled in this spiritual bondage. They served and worshipped, bringing offerings and sacrifices to, devils who claimed to be emissaries of God. They did this to obtain power and control, but mostly they desired a means to live. They were required to serve their demon, or they would be afflicted with sickness and disease. If they refused, as many tried, they would have no means to eat, or send their children to school, and would be stricken with strange and sometimes deathly illness. They were free regarding all men, but they were still under a yoke. They were hopeless.

One woman, born of a zealous and powerful Vodou priest and priestess, was conceived with the sole purpose of being devoted to the spirit they served. She lived her whole life to worship this evil and lying spirit, and, not completely unlike many others I briefly described, she loved it. It was of course, as far as she knew, her sole purpose for being. However, one day she, providentially, met my friend named Malcolm, a missionary near her home, who brought the very Word of God to bear against her life. She thought she was serving God. In a sense, she was serving a god, but it was a false god.

On that day she was confronted with the harsh truth we all, every one of us, must face.

That truth being; she was, at that time, on that day, and every day before, unapologetically and unashamedly, an enemy of the True, Most High God.

What she was doing, according to the scriptures, was evil in the sight of God, and were she to refuse to repent, and beg Jesus Christ for forgiveness and a new heart, she would die in that sin, and she would suffer far more than she ever has in that desperate nation of Haiti. (I said we all must confront this truth because it belongs to all of us. Even though we may never have acted in demonic ritual sacrifice, humankind stands guilty before a Holy God, and justice demands wrath)

The woman is named Deba, and she is the woman pictured above being wrapped in a towel at her baptism more than a year ago. After hearing the testimony of the scripture against her, after a certain time, her heart was changed. What she thought was the purpose of her life, she came to see as not only folly, but evil and condemnable, and she saw that she herself stood condemned before a Just God. It was after that realization, through the Holy Spirit working through the testimony of Scripture, that Malcolm, was able to explain, by the Word, that the only way she could be washed clean from the blood on her hands, was by faith through the blood of Jesus.

“(Jesus) whom God put forward as a propitiation (atoning, vicarious sacrifice) by his blood, to be received by faith. This was to show God’s righteousness, because in his divine forbearance he had passed over former sins. It was to show his righteousness at the present time, so that he might be just and the justifier of the one who has faith in Jesus.”

In the quotation I referenced at the beginning;

“I have heard of some good old woman in a cottage, who had nothing but a piece of bread and a little water. Lifting up her hands, she said as a blessing, ‘What! All this, AND Christ too?”

I am certainly not like that woman. For she puts me to shame in the joy and contentment she has in Jesus. “What a blessing,” she says, “to have a friend in my beloved KING and Savior. And, what’s more? He has even blessed me with something to fill my belly on this day.”

No, to my own unfortunate chagrin, I have not been that content in my own life. On the contrary, that woman is my sister, Deba, whose great faith has rightly brought me to my face in humility. It is she, and my brothers and sisters like her, who regularly contend with the desperation of not knowing when or if she will eat next. These, who are well acquainted with the fear and shame of not being able to provide their children with a meal, let alone an education, and when illness strikes; threatening to steal the life of their own child, they know the desperation of powerlessness to help or at least comfort them. They do fear, yes, but my brothers and sisters in this desperate, dark, country thrust themselves on their beloved King Jesus, who washed them from their sin, and has promised to provide for them. That is mercy and not just mercy but grace upon grace! 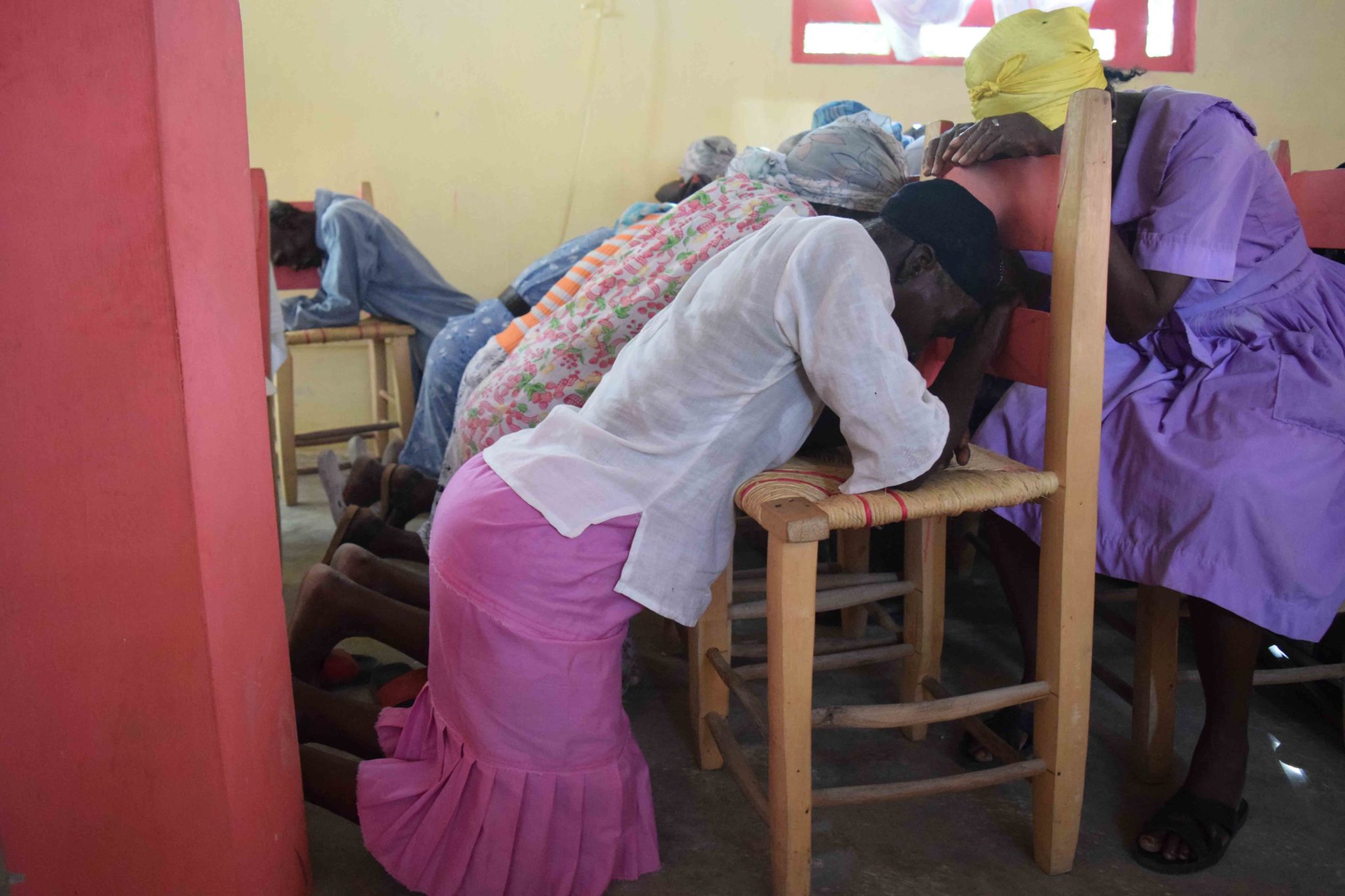 I call them my heroes, because in many ways the desperate state they were once in, as I described above, they remain. They are hungry. They are thirsty. They are sick, and they are gravely impoverished. But the thing which they lacked most, they have finally been given, and they have clung to it amidst all sorts of sufferings. This is hope. Where they were empty, they are filled by the Spirit of God whom they have been reconciled to exclusively in the blood of Jesus. It is this hope for the upward call that they rejoice and abide in. It is the very promise, that though they were enemies, rightly deserving judgment, instead they were changed, and made children, only because of Jesus’ redeeming them. It is this hope that guides their lives, and that they joyfully rest in. I love them dearly.

“I would recommend you either believe God up to the hilt, or else not to believe at all. Believe this book of God, every letter of it, or else reject it.”  — Spurgeon

This brings me to conclusion, and to why I waited these five months to write, in some blunt language, about my friends whom I greatly admire. That reason being an announcement. At the end of this year, 2019, I will be removing myself from my family at Davant to begin, along with my wife, the long and endeavoring process of moving to live and serve permanently among my family in Haiti. While I greatly love my family here, and the people whom I have been able to meet and enjoy and help, for my wife and I, there is a passion in our hearts and a claim on our lives that we dare not deny. That is to abandon all of those things and take up the task on the mission field in Haiti, with the organization we have been intimately involved with for almost four years, Charis4Haiti, to preach the Word of God, with an aim to the expansion of the Kingdom of God, by the power of the Holy Spirit of God. In January, my wife and I will begin our active and intentional work to move more permanently over the proceeding months. While this is a tremendous change for us, it is our great privilege and pleasure to take up the task, and it has been my pleasure to briefly describe it to you.